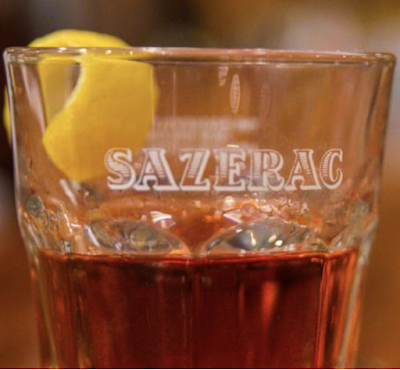 When talking Sazerac in New Orleans, things can get a little confusing. First, there’s the Sazerac cocktail, comprised of a combination of cognac or whiskey, absinthe, Peychaud’s bitters, and sugar. Then there’s Sazerac, the rye-whiskey brand. And finally, there’s the Sazerac Company, makers of the Sazerac rye-whiskey. The Sazerac Company, for its part, doesn't just own Sazerac whiskey. Rather it is one of the largest spirits companies in the United States. Currently it owns nine distilleries including Buffalo Trace Distillery, W.L. Weller bourbon, Southern Comfort and a number of other brands. They also produce Pappy Van Winkle and Old Rip Van Winkle bourbon. In total, the company owns or produces over 300 different types of spirits.

The company was founded after Thomas H. Handy bought a bar called the Sazerac Coffee House in New Orleans in 1869. The bar had been named after the Sazerac cocktail, created in the mid-1800s by Antoine Amedee Peychaud, an immigrant from Saint Domingue (modern-day Haiti). Peychaud sold Sazeracs out of his pharmacy on Royal Street in the French Quarter in 1838. Peychaud had created his own bitters—an alcoholic liquid flavored with herbs or other botanical products to add bitterness to cocktails—that are now an essential part of the Sazerac cocktail.

At the beginning of October, the Sazerac Company opened the Sazerac House in a formerly dilapidated building on the corner of Canal and Magazine Streets.  The multi-level museum, located just blocks away from the original Sazerac Coffee House, is more than just a bar. The first floor houses a 500 gallon still, five feet across, that makes a barrel of Sazerac whiskey a day. The second floor has digital bartenders and demonstrations about how to properly make a Sazerac cocktail. The third floor features the history of the cocktail in New Orleans. With walls covered in cityscapes of early 20th century New Orleans, visitors see the entire process of cocktail production—from the port of New Orleans all the way to the glasses of bar patrons across the city.

If you want to make your own Sazerac at home, Sazerac House has a recipe for you.

Pack an Old-Fashioned glass with ice. In a second Old-Fashioned glass, place a sugar cube and add three dashes of Peychaud’s Bitters to it. Crush the sugar cube. Add 1.5 oz Sazerac Rye Whiskey to the glass with the Peychaud’s Bitters and sugar. Add ice and stir. Empty the ice from the first glass and coat the glass with .25 oz Herbsaint. Discard the remaining Herbsaint. Strain the whiskey / bitters / sugar mixture from the glass into the Herbsaint coated glass and garnish with a lemon peel.
Posted by Douglas A. Green at 10:00 AM