Now that fall is firmly here and we're all going to spending more time inside--in Louisiana it's the perfect time to go outside--it's time for a couple of book recommendations. 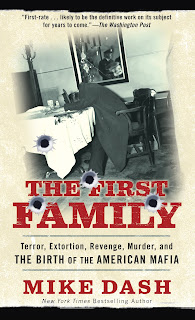 The First Family: Terror, Extortion, Revenge, Murder and the Birth of the American Mafia by Mike Dash

Dash's book tells the story of Guiseppe "the Clutch Hand" Morello, a Sicilian immigrant who became the first "boss of bosses" in the United States. With a novelist's flair for description and rising tension, Dash entertainingly shares the story of Morello's arrival in the United States and subsequent rise in the criminal underworld before founding the first Mafia family in the US. Dash traces the unglorious rise of organized crime in the United States as newly arrived Italian immigrants blackmailed, bombed, and bludgeoned one another in the pettiest of criminal enterprises. Morello, who organized counterfeiting schemes and largely had others commit crimes under his orders, managed to avoid prosecution for years until the Secret Service set up an extensive sting operation and sent him to jail for 10 years. When Morello was finally released from prison, he became an advisor to his successor, but the world had changed around him and he died as so many of his compatriots did--at the hands of an assassin. 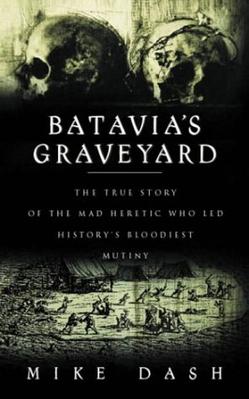 Instead of the Mafia, Dash focuses on the story of a Dutch East India Company merchant vessel and the rebellion plotted by the ship's captain and one of the company's merchants. The merchant was a radical religious heretic who joined the Company to save himself from debt. The captain merely hated the expedition's leader and wanted to sleep with one of the passengers. In the midst of a profitable spice trading voyage, the two men plotted to kill most of the crew and passengers, steal the ship's store of gold and silver and live the rest of their lives outside the law. Everything was going to plan until the captain accidentally crashed the ship into shoals off the coast of Australia, stranding the crew and passengers hundreds of miles from help and food. The rest of the story just reminds you how often history is more crazy than fiction ever could be.

If you haven't already, go vote!