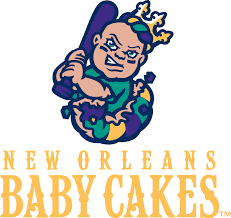 Last Thursday, Wichita Mayor Jeff Longwell announced that the city would construct a brand new $73 million stadium with the Baby Cakes as its tenant. It is not clear when the stadium will be complete and the move still requires the approval of Minor League Baseball and the Pacific Coast League. The earliest the team could move would be after the 2019 season. The Baby Cakes’ lease at the Shrine on Airline runs through 2021, but the team hopes to negotiate an early exit.

The Baby Cakes are the Triple-A affiliate of the Miami Marlins. It is unclear with the move to Wichita whether they will retain that affiliation or switch to another franchise. The Baby Cakes ranked 21stout of 30 Triple-A teams in attendance in 2017. Additionally, the team plays in the 16 team Pacific Coast League, requiring an extensive amount of travel west. Geographically, the league extends from California to Tennessee and Washington to Louisiana. Unlike major league teams who travel by plane, Triple-A teams travel by bus. A relocation to Wichita will make travel quicker and cheaper for the Baby Cakes. Relocation is also a reality of life in minor league baseball. Mid-size cities like Wichita build new stadiums and lure teams away from their current homes. Then the new abandoned city goes looking for a replacement, setting in motion a big game of musical chairs. In the end, at least one city winds up with a stadium, but no team. The Zephyrs had spent 37 years in Denver and 53 years in Kansas City before settling in the Big Easy. In terms on minor league franchises, that is a remarkable run of stability.

Mayor Longwell said in his press conference that he does not expect the team to retain the Baby Cakes moniker. The name, which came into existence in 2017, has never been particularly popular. In 2016, the then-Zephyrs undertook an effort to rename the team to something more fitting to New Orleans’ culture. The Zephyrs had been the team’s name in Denver and had few ties to Louisiana—apart from sharing the name of a famed rollercoaster at Pontchartrain Beach. Name choices included the Baby Cakes, Crawfish, King Cakes, Night Owls, Po’boys, Red Eyes, and Tailgators. The team eventually selected Baby Cakes as the new name. The name was derived from the plastic baby found in Mardi Gras king cakes. Many fans, however, were confused or annoyed by the name since no one in New Orleans refers to a king cake as a “baby cake.” Additionally, the team logo and mascot are creepy looking.

The Advocate reported that a group of New Orleans businessmen is interested in buying a Double-A franchise in the Southern League and relocating it to New Orleans. The Southern League is much more geographically narrow than the Pacific Coast League with teams in Tennessee, Alabama, Mississippi, and Florida. It is unclear which team the New Orleans group would be interested in purchasing or whether any Southern League owner is willing to sell. Additionally, the state would likely have to pay for some upgrades to the Shrine on Airline to entice a team to move. For right now, however, the fate of professional baseball in New Orleans remains unclear.
Posted by Douglas A. Green at 10:00 AM No comments:

In 2017, the New Orleans Saints went 11-5 and captured the NFC South title. They beat the Carolina Panthers 31-26 in the wild card round before falling to the Minnesota Vikings in a heartbreaking last second loss, 29-24. Despite the disappointing end to the season, the 2017 was the Saints first trip to the playoffs since the 2013 season. After 2013, the Saints slipped into a period of sustained mediocrity, posting a 7-9 record for three straight seasons.

Since the NFL season begins this weekend, it’s time for a Saints season preview. Instead of breaking down the Saints offense, defense, and special teams individually, we’ll do things a little differently this year. Rather than make a straight-up prediction that will likely be wrong, we’ll look at three reasons why the Saints could be better than their 11-5 record and 3 reasons why they could be worse.

62.3: Football Outsiders tracks a statistic called adjusted-games lost. It is a measure of many games a team lost due to injury from their starters. Last year, the Saints lost 62.3 games on defense due to injury. That number was the second highest in the league. Research has shown that injury luck tends to even out over time. So when a team loses a lot of players to injury one year, they’re likely to regress towards the league average. Considering the Saints posted a -7.9% DVOA, good for 8thin the league, there seems to be even more opportunity for the Saints defense to improve or at least not give back some of their defensive gains.

24.9: Football Outsiders has another statistic that measures the average age of players on each team. Instead of simply averaging the ages of all the players on the roster, FO calculates a team’s age based on the number of snaps played by each player. In 2017, the Saints defense snap-weighted age was 24.9, second youngest in the league. While there isn’t a direct correlation between youth and effectiveness, you'd rather be young and effective than old and effective. Additionally, the youth of the Saints defense suggests that there's further room for improvement. Last year’s big contributors, Sheldon Rankins, Marcus Lattimore, and Marcus Williams, are still young, but now have another season of NFL play under their belts.

6: Head coach Sean Payton and quarterback Drew Brees arrived in New Orleans in 2006. In the twelve seasons since, the Saints have averaged 6thin Football Outsiders offensive DVOA. In the intervening years, a whole host of players have come and gone—Jimmy Graham, Marques Colston, Jahri Evans, Duece McAllister, Pierre Thomas, and others. Yet Brees and Payton have continued to hum along. The lowest they ever ranked in offensive DVOA was 12thin 2007. Since 2011, the Saints have never ranked worse than 9th. In other words, as long as Payton and Brees are together, the Saints don't have much to worry about on offense.

23: In 2016, the Saints ranked 31st in defensive DVOA. In 2017, they ranked 8th. The study of such large improvements in the history of the NFL suggests that the Saints will give some of this massive gain back. Baseball sabermetrician Bill James called this the “plexiglass principle.” In mathematics, it’s called regression to the mean. In order for the Saints to have made such a massive defensive improvement, a lot of things had to go their way. Last season, they had a superstar season from defensive end Cameron Jordan. They hit on a number of defensive draft picks in 2016 and 2017 including cornerback Marshon Lattimore, safety Marcus Williams, safety Vonn Bell, and defensive tackle Sheldon Rankins. There’s simply no guarantee that all of these players will be healthy or continue to be effective in 2018. More likely, something will happen to one or more of them that will hurt the Saints efforts to repeat their defensive performance.

6.1: Alvin Kamara was an offensive sensation in his first season in New Orleans. He had an astonishing 13 touchdowns and 1554 yards from scrimmage in only 201 touches. He averaged an insane 6.1 yards per carry. Cam Newton was second in the NFL with 5.4 yards per carry and running back Dion Lewis was third with 5.0 yards. As Bill Barnwell has pointed out, eight running backs have averaged more than six yards per carry in a given season. They never did it again in their careers. In the next season, none even made it to five yards per carry. In other words, even though Mark Ingram is suspended for the first four games, Kamara won’t be this efficient again. And that could hold the Saints offense back.

23: Drew Brees only threw 23 TD passes in 2017. While the Saints also had 23 rushing touchdowns, Brees had the fewest TD passes since 2003 when he played for the Chargers. His 4,334 passing yards were his fewest since 2005, his last season in San Diego. While Brees remained incredibly effective, especially for a 38 year old passer, any sign of slippage is concerning. NFL history tells us that there’s no long slow decline phase for quarterbacks this late in their careers. Rather when the end comes, it comes quickly. Maybe Brees will throw for another 5,000 yard season with 30 TDs again. Or maybe Brees is closer to the end than anyone would like to admit.
Posted by Douglas A. Green at 10:00 AM No comments: