Louisiana has a rich and diverse culinary tradition, drawing upon influences from West Africa, the Caribbean, France, Germany, Italy, and a host of other places. Over the centuries, these cultures have fused to create a food landscape that can seem confusing to outsiders. Just what is in gumbo? What’s the difference between Cajun and Creole? What exactly is a praline? In an effort to help make things a little easier to understand, we’ve created a quick and easy reference guide to some Louisiana’s most popular dishes, foods, and cuisines. This week will cover everything from andouille to Creole and then next time we’ll tackle doberge cake to red beans and rice.
Andouille— Andouille is a sausage made from pork, garlic, pepper, onions, wine, and other seasonings that was imported to Louisiana by the Acadians (French settlers deported from Canada as a result of the Seven Years War in the 18th century). Andouille is a staple of Creole cuisine and is known for being spicy. The town of LaPlace has two famous andouille makers—Jacob’s and Bailey’s and both are famous for their sausage.
Bananas Foster— Created by Ella Brennan at Brennan’s Restaurant in New Orleans, this dessert is made from bananas and vanilla cream. It is covered in a sauce made from butter, brown sugar, cinnamon, dark rum, and banana liqueur. The dish is a popular table side presentation at Louisiana restaurants since the butter, sugar, and bananas are cooked down and then the alcohol is added to the pan and ignited. The dish reflects Louisiana’s history as a major importer of bananas from Central America in the early 20th century. 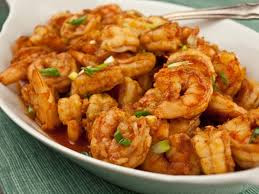 A Look inside Antoine's 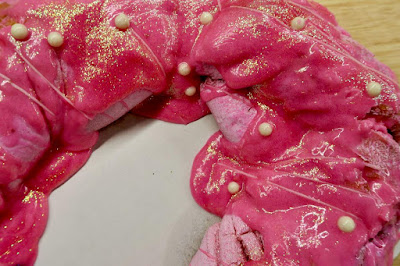 Thanks to the coronavirus pandemic, there isn't much of a Mardi Gras season this year. There will be no balls, no parades, no large-scale celebrations in the French Quarter or anywhere else in the city. There will be masks, just not the ones that New Orleanians are used to wearing.

Despite the challenges presented by COVID, New Orleanians are still finding ways to celebrate--in ways that won't shock anyone familiar with the magic of the Crescent City. First, since there are no parades this season, intrepid natives are turning their homes into "house floats." Instead of decorating floats, people are decorating their own homes instead.

Secondly, New Orleans residents are eating king cake. Lots of king cake. King cake sellers and bakeries were expecting a tough year following the cancellation of most of the city's Mardi Gras events. Instead, however, residents are taking refuge in one of the few, safe and responsible Mardi Gras traditions--king cake.
Chaya Conrad of Bywater Bakery, a small, locally owned bakery, relies on king cakes to stay profitable every year was worried about a lack of sales.  Instead she said, "It's madness. It's through the roof. Thank God for king cake season."
Local restaurants, struggling to stay open with reduced seating capacity, are relying on king cakes to help boost their chances of survival. Brennan's, the famous local restaurant chain, has produced their first ever king cake this year. Patrick Brennan, the chain's bakery manager, said "We've pulled servers, cooks, dishwashers, everyone, they're getting hours they wouldn't have had. We're lucky we had the facility and the equipment we needed ready to go so we could keep doing this."
Even when we can't gather together for Mardi Gras, New Orleanians still find a way to les bon temps rouler.
Posted by Douglas A. Green at 10:00 AM No comments: