The Fish that Ate the Whale

The Fish that Ate the Whale: The Life and Times of America’s Banana King
By Richard Cohen

In 1910, Sam “the Banana Man” Zemurray, head of Cuyamel Fruit Company, orchestrated a coup against the government of Honduran president Miguel Dávila. Zemurray provided guns, money, and a former US naval warship to former president Manuel Bonilla. The Cuyamel Fruit Company owned plantations in Honduras and shipped bananas to the United States on its own fleet of ships. Success in the volatile banana business relied on bribes and kickbacks to the Honduran government, keeping the cost of business low and the profit margins high. When the United States agreed to a treaty with President Dávila to administer Honduras’s staggering national debt, Zemurray’s business was in danger. With the J.P. Morgan Company’s agents assigned to Honduran customs houses collecting taxes on Cuyamel exports, Zemurray would be taxed out of business. Secretary of State Philander Knox warned Zemurray not to interfere in Honduras, but Zemurray proceeded with the coup anyway. When Bonilla came to power, he voided the deal with the U.S., protected Zemurray’s interests, and allowed Honduras’s crippling debt to continually plague the nation.

Richard Cohen begins his lively biography of Zemurray with this anecdote highlighting the extent that Zemurray, an immigrant from present day Moldavia, would go to protect his business and his own interests. Cohen emphasizes how Zemurray’s meteoric rise from impoverished immigrant to the “Banana Man” embodies the equally inspiring and dispiriting nature of the American dream. Zemurray began his career by seizing upon the untapped potential in the banana market: ripe bananas. In the last quarter of the 19th century, importers discarded ripe bananas because they would turn bad before they could reach distant markets. Zemurray bought up the ripe bananas, arranged a delivery deal with a local railroad, and made a fortune. Zemurray soon bought banana plantations, banana boats, and anything and everything related to the production of bananas. Making himself into a banana mogul required payoffs to local governments, buying land from natives on the cheap, and other morally ambiguous behaviors endemic to capitalistic enterprise In 1930, Zemurray sold Cuyamel to United Fruit Company. Several years later, Zemurray orchestrated another coup, this time to seize control of United Fruit. He saved it from the disastrous management that nearly ruined the company during the Great Depression. Zemurray succeeded in turning United Fruit around. In 1961, Zemurray died a rich man with a troubled legacy.

Cohen’s book has two great strengths. The first is the fascinating life story of Zemurray with his impoverished roots, his rise, and his moral compromises necessary to stay on top, and his later in life devotion to philanthropy. Second, Cohen’s energetic and sarcastic prose makes for an enjoyable read. The first sentence of the book sets the tone for the rest, “Sam Zemurray spoke with no accent, except when he swore, which was all the time” (3). At 242 pages, with some padding*, the book reads quickly. I finished it in a few hours of reading. Cohen also offers his own thoughts and insights into Zemurray’s life, recalling his own efforts to grow a banana in Connecticut, his attempts to imagine and understand the banana plantations of Central America, and a hilarious footnote about a New Orleans policeman refusing to take Cohen into the Iberville Projects, “’cause the sun is going down and I love my kids” (245). He also enlightens the reader on the emergence of the banana into the American marketplace in the late 19th century and how the foreign fruit (Cohen argues that the banana is in fact a berry) became a quintessential staple of the American diet. He also provides insight into the different types of bananas and their unique features. In any specific type of banana, all of the bananas are clones of each other—making them uniform but also susceptible to disease.  Zemurray made his fortune importing the Big Mike banana, a type that died out in the 1960s. Today’s bananas are of the Cavendish variety and those will soon go extinct as well. The book takes a few diversions into the history of United Fruit’s activities in the 1950s and Zemurray fades into the background. This shift of focus leaves the responsibility that Zemurray had for the CIA’s or United Fruit’s activities in Central America in the 1950s unclear. He also makes several factual errors about the early history of the CIA that I was only aware of because I just read a biography of the founder of the Office of Strategic Services.**
Overall Cohen’s book succeeds as an entertaining and educating sread.

*most notably skipping a whole page before starting a new chapter


** He incorrectly states that the OSS was not dissolved at the end of World War II. It was. The CIA was not created until 1947. Secondly he identifies Walter Bedell “Beetle” Smith and Allen Dulles as the 1st and 2nd Directors of Central Intelligence, they were the 4th and 5th.
Posted by Douglas A. Green at 9:00 AM No comments:

High Water Friends CD - Tracks Nine and Ten: "Irene" and "Somebody Told Me"

Last week we covered the eighth track on the 6th annual DGA crawfish boil CD, titled “Money.” This week we’re going to change it up a little bit and cover the last two tracks, “Irene” and “Somebody Told Me.”

As we near the end of the CD, it’s worth reminding ourselves about the importance of the blues. The blues might be the most important of all the musical styles that originated in America. The blues fused spirituals, call and response chants, and traditional ballads. This distinctly American musical style emerged from African-American communities in the Deep South following the legal abolition of slavery in 1865. The post-emancipation period allowed African-Americans to form communities, churches, and other voluntary associations free from white inference. These separate institutions allowed African-Americans to cultivate and expand upon their previous musical traditions. The blues arose from these newly independent African-American communities. Over the years, blues musicians have passed down their songs and traditions to each successive generation. Each have modified and molded the songs to suit their times, but the themes remain the same. Blues singer Alberta Hunter once tried to explain the blues this way, “Blues means what milk does to a baby. Blues is what the spirit is to the minister. We sing the blues because our hearts have been hurt, our souls have been disturbed.” 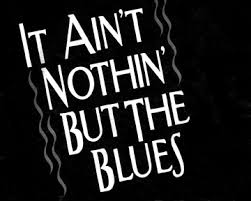 “Irene” and “Somebody Told Me” exemplify this understanding of the blues. Both explore the idea of love and its potential to warm and darken the heart. “Irene” discusses love as part of a dream, reminding the listener that emotions that emerge from the subconscious come in their purest form. The singer notes that “You are the sweetest of my dreams Irene, Oh Irene.” He further claims that “In the middle of a dream, I heard somebody call my name.” The song Irene leaves the listener feeling wistful—remembering and mindful of love at its most poetic and lyrical. “Somebody Told Me” approaches love in a more desperate way, with a man pleading with his woman not to leave. He mournfully complains that “Somebody told me that you’re gonna leave this town /Somebody told me that you’re leaving me behind, Oh no!” The singer also laments that “Somebody told me where you was last night /Somebody told me you was doing me wrong.” Here love is sour, not sweet. It hurts and troubles the soul. “Somebody Told Me” is the story of a man wronged by his woman.

But when I opened up my eyes
Honey I stood there to my surprise
Sweetest thing that you’ve ever seen
Was that girl they call Irene
Irene, Irene
You are the sweetest of my dreams
Irene, Oh Irene
Give me a big ole hunk of mine

And with that we’ve completed our journey through all the tracks of Douglas Green Associations 6th Annual Family and Friends Crawfish Boil. Mark your calendars because the next boil is coming up on March 14, 2015. We hope to see you there.
Posted by Douglas A. Green at 9:00 AM No comments:

With this week’s look into the lyrics of “Money,” the eighth track on the 6th Annual DGA Family and Friends Crawfish boil, we’re nearing the end of the CD. After this week we’ll only have two more songs to cover: “Irene” and “Somebody Told Me.”

There are lots of songs titled “Money.” Pink Floyd’s song from their Dark Side of the Moon album is probably the most famous. That song highlighted its corrupting and pervasive nature: “Get a good job with more pay and your O.K. /Money it's a gas/ grab that cash with both hands and make a stash.” Monty Python’s version satirized the communist world by claiming that “you can keep your Marxist ways for it’s only just a phase.” According to Eric Idle, money would always win out. In the Broadway show, Cabaret, the Emcee reminds the audience that “money, money, is what makes the world go ‘round, world go ‘round.” This “Money” song, by Warren Prejean and the Zydeco Rhythm and Blues band is, in fact, none of these songs. Rather it is a cover of a famous Motown song. The Beatles, the Doors, and the Rolling Stones have all recorded their own versions of this Detroit classic. In the late 1970s, The Flying Lizards, an experimental rock band from England, had the biggest hit of their careers when they performed their own version of “Money.”

This “Money” song was authored by Berry Gordy and Janie Bradford. Gordy, most famously, was the founder of the Motown record label. He discovered and helped popularize artists like The Supremes, Marvin Gaye, Gladys Knight, The Commodores, Stevie Wonder, and the Jackson 5. Many of the most famous African American musicians in the 1960s and 1970s crossed Gordy’s path at some point in their careers. In 1960, Barrett Strong, an up and coming Motown singer released the first version of the song, which rose to number two on the R&B charts. The song became the first hit of Gordy’s Tambla album company (which preceded the more famous Motown records). Disagreement soon arouse between Gordy and Strong over the authorship of “Money.” The first release of the song included Strong’s name as a writer. Gordy, however, claimed that Strong’s name appeared as the result of a clerical error. The two men have battled over the issue repeatedly. In 1963, Gordy successfully had Strong’s name removed. In 1987, when Gordy went to renew his copyright, Strong’s name was added back on, only to be removed again the following year.

In 1963, the Beatles recorded their own version of “Money.” It was the final song on their second UK album, With the Beatles. In 1979, the British new wave band, The Flying Lizards, recorded their own take on the song. It reached number five in the UK and number fifty on the Billboard Hot 100.    Like many of the other famous songs about money, this one is relatively straightforward. Like most (if not all of us), the singer wants money. He cares little about things that free, recognizing that money opens doors and makes everything in life, just a little bit easier. Below is the Flying Lizards' version because it's too weird to pass up.


Just give me money
Posted by Douglas A. Green at 9:00 AM No comments: