To the surprise of absolutely no one who has followed the Saints in recent years, New Orleans made the fewest picks of any team in the draft and traded a 2021 draft pick to move up in this year’s draft.

If the Saints were a young child, they would fail the marshmallow test every single time.

Since New Orleans only made four picks in the draft, that should make this recap relatively easily.

We wrote last week that the Saints might look to grab an interior offensive lineman with right guard Larry Warford in the last year of his contract. Either Ruiz or Erik McCoy, last year’s starting center, will have to compete with Warford for the right guard spot. The Saints liked Ruiz’s size (6-3, 307 lbs), intelligence (he was in charge of protection calls for the Michigan offensive line), and experience (31 starts over 3 seasons).

While the Saints may have been tempted to go for a wide receiver to help out Drew Brees, this pick is reminiscent of 2017, when New Orleans took right tackle Ryan Ramcyzk 32nd overall. The Saints had already invested significant capital in the offensive line, but Sean Payton believes that you can never have too many good offensive lineman. The Saints might try to trade Warford, but they might just hold onto him and have him compete with Ruiz or McCoy for the guard spot.

New Orleans just can’t help themselves with trading up. This time they traded the 88th pick in the draft and their 3rdrounder for next year to move up 14 spots. At least, they used the pick on a well-regarded player in a position of need. Currently, two of the Saints starting linebackers—Alex Anzalone and Kiko Alonso have missed significant time with injuries. All-Pro starter Demario Davis is 31 and he, along with backup Craig Robertson, Anzalone, and Alonso, are all in the last year of their contracts. So the Saints needed another playmaker on a long-term contract and they got themselves one.


As an outside linebacker, Baun has been successful as an edge rusher with 12.5 sacks last season. He also has the ability to drop back into coverage and guard tight ends and running backs.

The Saints paid a heavy price for Trautman, giving up their 4th, 5th, 6th, and 7th round picks to move up 25 spots to draft Trautman. According to Chase Stuart’s approximate value based draft chart, the Saints gave up the equivalent of the 83rd pick in the draft to move up.

And it’s not immediately clear where Trautman fits into the Saints offense as New Orleans already has Jared Cook and Josh Hill as starters. Trautman played well at Dayton—catching 70 passes for 916 yards and 14 touchdowns—but against FCS division talent. The Saints have been touting Trautman’s blocking skills as making him an impact player immediately. He better be, because the Saints gave up a lot to get him.

New Orleans currently has a versatile quarterback on the roster who can play wide receiver, tight end, and running back in Taysom Hill. What’s the harm in having another? Stephens has experience running the ball, practiced route running before the draft, and even prepared to work out at tight end to help his draft prospects. His versatility came about because he was “bored” while serving as a backup at Penn State. The Saints traded a 6th rounder next year to get him, but 6th and 7th rounders are easy to replace. Another versatile weapon for Sean Payton to scheme around isn’t.
Posted by Douglas A. Green at 10:00 AM No comments:

The NFL draft begins this Thursday night. Because of the coronavirus things will look a little different. Teams will be drafting from home, the possibility to technical screwups is high, especially when you’re dealing with a bunch of grumpy football coaches who are skeptical of things like email and YouTube.

As is typical of the New Orleans Saints, they have given their fans little reason to tune in. They only have 5 picks in the draft, tied with the Kansas City Chiefs for fewest in the league. In the Sean Payton-Mickey Loomis era, New Orleans has always been aggressive trading away picks for players and in order to move up in the draft for specific players.

This strategy flies against rigorous draft analysis suggesting that no team is better than any other at the draft and the best way to accumulate good young players is just to draft a lot of them.

So let’s take a look at the picks the Saints do have and what they might do to fill them. 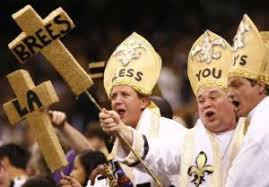 Round 1, Pick 24—Surprise! The Saints have a first round pick, but fear not, they’re down a 2nd rounder after trading it away last year to move up to grab center Erik McCoy. Last year, the Saints gave up their first rounder in a trade two years ago to select defensive lineman Marcus Davenport.

If one of the top-rated quarterbacks in the draft, like Utah State’s Jordan Love, falls past the first 12 or so picks, don’t be surprised for the Saints to offer a package of their current first-rounder plus next year’s to try and snag Drew Brees’ successor. With Teddy Bridgewater off to greener pastures and Carolina and Taysom “only 6 career passing attempts” Hill the only other QB on the roster, the Saints will need to invest in a young QB soon to replace the aging Brees.

If one of the top QBs isn’t available look for the Saints to grab a wide receiver to bolster their receiving corps or a linebacker to shore up the middle of the defense. 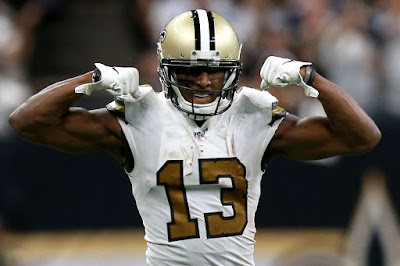 Round 3, Pick 88—Hey a third rounder! Don’t look now because they Saints haven’t had one of those in a while either. They traded the previous one for a season of Teddy Bridgewater. Only it wasn’t for last season, where he replaced Brees and played well. It was for the season before that where he barely played.

Look for the Saints to target some defense help here. Wide receiver, linebacker, and edge rusher are all positions of need of the Saints to shore up their team depth as the team readies for another (and perhaps final?) Super Bowl run with Brees under center.

Round 4, 130—With guard Larry Warford heading into the last season of his contract, the Saints might draft an interior offensive lineman. This would be a developmental pick with a young guard or center learning the Saints pass and run blocking schemes behind Warford, McCoy, the recently resigned Andrus Peat, and backup Nick Easton. You can never have too many good offensive linemen.

The Saints also have picks in the 5th and 6th rounds, but those generally are back of the roster players who sometimes don’t make it out of training camp.
Posted by Douglas A. Green at 10:00 AM No comments: 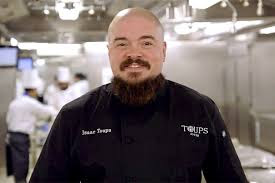 We at DGA are big fans of chef Isaac Toups and his restaurant, Toups Meatery. We've recommended it to our out-of-town guests for the Crawfish Boil for the past few years.

However, the Coronavirus pandemic has forced New Orleans restaurants to close their dining rooms lest their customers get sick. Some restaurants have closed entirely, while others have shifted to take-out and delivery only. The New Orleans area has been hit hard by coronavirus and many New Orleanians who rely on the restaurant industry for their livelihood are out of work. 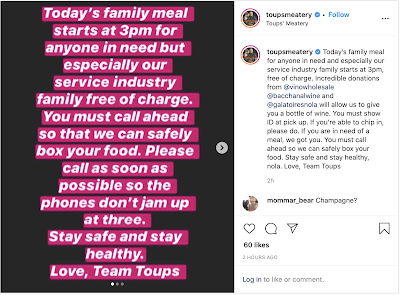 Starting at 3 PM every day, Toups has started offering free meals for people in need especially those in the service industries. All people have to do is call ahead so the restaurant can prepare an appropriate sized meal.

The restaurant is also accepting donations to help pay for these meals for those in need. The donation methods are listed below:

So far the community reaction to the Toups Family Meal program has been overwhelming. Last week, Toups gave away over 3,000 meals to people in need. It's programs like these that show the heart and soul of New Orleans and our ability to come together in times of crisis.
Posted by Douglas A. Green at 10:00 AM No comments:

Last June, Leah Chase, the Queen of Creole Cuisine, passed away. At the Crawfish Boil last month, Doug spoke about the importance of Chase's legacy as a chef and humanitarian.

Chase was famous for many of her dishes, still served today at her restaurant Dooky Chase, but none moreso than her gumbo. The video below details Chase's inspirational life story and just how she makes her famous gumbo.