Overburg is on the southern tip of Africa, east of Cape Town, and the favorable growing conditions have lead it to be called the breadbasket of the Cape.  The farming in Overburg is mostly wheat, but fruit cultivation, including Chenin Blanc grapes, is also predominant.

The name Overburg is derived from a Dutch phrase meaning 'over the mountain,' and refers to the Hottentots-Holland range which borders the Overburg district.  Being a coastal region bounded by a mountain range, Overburg benefits from favorable weather conditions with warm sun, cool breezes, and ample rainfall.  Michael Oliver, the award-winning winemaker responsible for The Rustler says that the region is "a brilliant place to grow grapes." 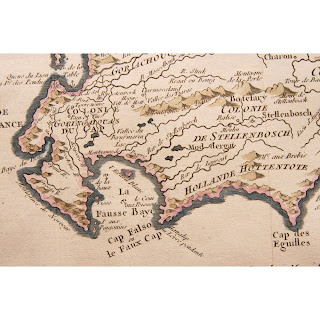 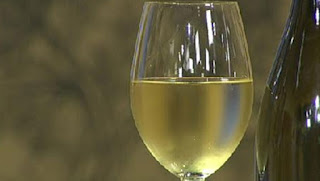 The Rustler is a fresh, sweet white that is very citrus forward.  It has a light, crisp aroma that tingles the nostrils and a cool, fresh feel on the palate.  The Rustler has strong notes of lemon with hints of apple and honeycomb.  All in all it is a very refreshing white that is lovely to drink all on its own. 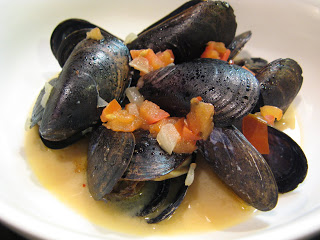 The Rustler is a bit on the dry side and pairs quite well with shellfish.  It is strong enough to stand up to a bit of smoke and spice, but if you are pairing it with mussels you should stick to a white sauce.  The wine pairs equally well with a flaky, bitter cheese and a creamy smoked Gouda, though it pairs particularly well with the Gouda.  The top notes of lemon are overwhelmed by the Gouda, but the sweeter hints of fruit and honey are left intact and compliment the cheese quite well.
Posted by Douglas A. Green at 7:42 AM No comments:

Rioja is a well established wine region in Spain with an ancient history that can trace its origins as far back as the Phoenician settlers who likely cultivated grapes there in the 11th century BC.  The region was conquered by Romans in the 2nd century BC, and like many European wine regions, dedicated viticulture likely traces its roots back to these Roman settlements.   The first written record of viticulture in the region dates back to 873 CE, though it was not until the 1860s that the region’s wine style really emerged with the arrival of oak-aging, introduced by Bordeaux winemakers. 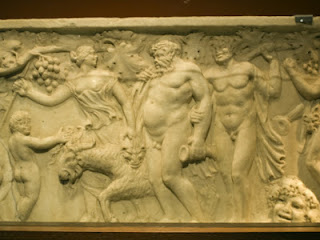 Crianza, Reserva, and Gran Reserva are the terms used today to denote how long the wine has been aged in barrel or bottle. Torre Ercilla is rated “very good” by the Rioja Regulatory Council because it has been aged in barrel for 2 years followed by three years in its traditional gold-netted bottle.  Nevertheless, Rioja winemakers are well known for aging their vintages until they are just right. 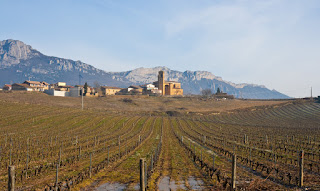 When pouring, Torre Ercilla Reserva has mild ruby red hue and black cherry and raspberry aromas with a hint of tobacco. After admiring the look and smell it is time to taste the silky layers of ripe cherry, red currant, and of course savory oak from the oak-aging that is characteristic of the region.  The wine is complex on the palate with a smooth, mellow finish. 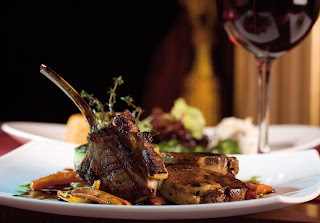 Pairing with food, it goes great with lamb and game. This Reserva is full of ripe red berry fruit which accents the flavors in roast lamb, wild boar, and if looking for a lighter meal, Spanish charcuterie and cheeses.

I truly enjoyed this bottle of wine and will be on the lookout for another.

SAVE THE DATE! Family and Friends Crawfish Boil!

That's right!  The annual DGA Family and Friends Crawfish Boil is right around the corner!  Mark your calendars and start getting ready for the best time you will have all year! 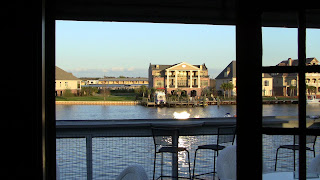 Each year the DGA team hosts its Family and Friends Crawfish Boil on the second Saturday of March.  Since its inception, the event has steadily grown larger and more exciting every year.  As always, the upcoming boil will be bigger and more exciting than any we have done before! 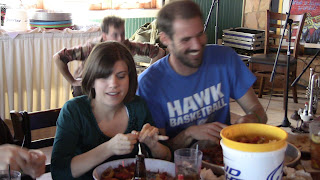 Two years ago we introduced live music by inviting renowned local blues and jazz band Tuba Skinny to play the boil.  Last year we welcomed Tuba Skinny back and added Davis Rogan of Treme acclaim to the mix.  This year we are pulling out all of the stops to bring you another round of special live performances! 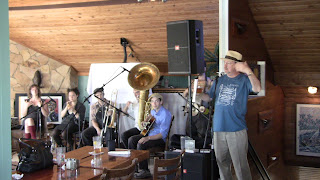 We would love to see more out of town faces at the boil this year.  March is absolutely the best time to visit New Orleans.  The weather is perfect!  The festival season is in full swing!  All the best seafood is in season!  You just can't go wrong. 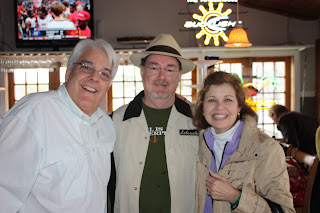 The Family and Friends Crawfish boil is the one event that each and every one of us looks forward to all year long.  This is a celebration that you don't want to miss!

Full invitations will be sent out after the first of the year, so keep an eye on your mailbox.  We will also be separately sending out the CD from last year's performances to whet your appetite for 2013!

We will post updates about the boil as things are finalized, so keep an eye on the blog.

We hope to see you in March!
Posted by Douglas A. Green at 1:20 PM No comments:

Vina Baccana is a Pinot Grigio from the Friuli Grave region of Italy.  The name Friuli Grave derives from the alluvial, gravely soil of this region in the extreme northeast of Italy, which lies along the northern tip of the Adriatic sea, not far from Venice.  The region has a strong reputation for whites, particularly Chardonnay, Sauvignon Blanc, and Riesling, which the microclimate is particularly well suited to cultivating. 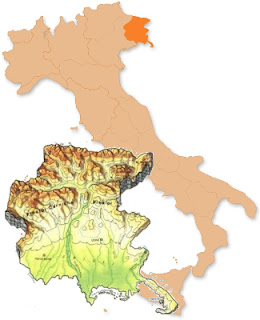 Vineyards in the region are located in the alluvial plain south of the eastern curve of the Alps.  The Alps protect the region from cold air currents to the north and the nearby sea moderates heat to create perfect conditions for crisp, zingy wines. 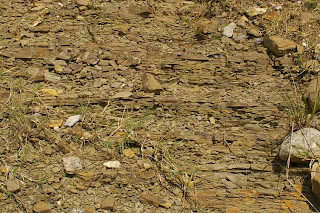 Winemaker Alessandro Gallici is a white wine specialist intent on diversifying Americans’ taste for whites.  Although Chardonnay has long been the number one favorite white in the US, Americans have lately been developing a greater appreciation for the full, snappy flavors of a well-crafted Pinot Grigio.  Gallici has certainly poured his passion into the Vina Baccana 2011, capturing a world of nuances in the peach-filled grape. 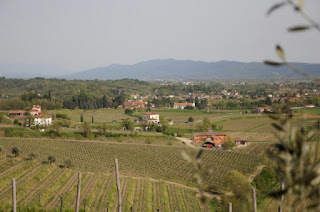 I am personally not a huge fan of white wines, especially Chardonnays, but having thoroughly enjoyed the Vina Baccana I will be giving more attention to Pinot Grigio.  The wine has an attractive vibrant yellow color and engaging fruit aromas with a subtle undercurrent of spice.  It has a deliciously crisp, yet round flavor with notes of pear accenting what I understand is the natural peachy flavor of the grapes.  I would have preferred a riper, more succulent flavor of pear, but the wine was nevertheless very enjoyable.  I have begun to notice that when it comes to whites, I am far more partial to a fuller, sweeter vintage. 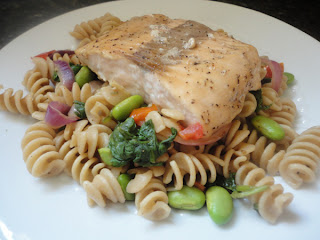 I paired the Vina Baccana with simple grilled salmon and some sort of sauceless, vegan pasta dish that my wife got from her Moosewood cookbook.  Although the wine is said to pair well with seafood and pasta, I found this particular pairing to be somewhat lacking.  I think the wine would pair far better with a light somewhat spicy salad accented with a bit of creamy or smoky flavors from something like feta or roasted pine nuts.   The wine would likely stand up to and pair well with hummus and a mild, salty cheese, but the cumin and sesame I seasoned the salmon with was a little too much for it.  It would do well with a light touch on very fresh seafood such gulf shrimp with a little lemon and parsley. 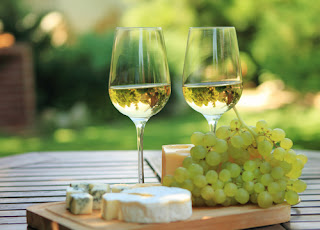 Posted by Douglas A. Green at 8:19 AM No comments:

I love Jimmy Graham.  That’s right, I love Jimmy Graham.  For those of you who don’t follow professional football, Jimmy Graham is the New Orleans Saints premier rookie tight end.  The saints picked up Jimmy in 2010 in a third round draft pick that was, I feel, a stroke of genius.  Jimmy is noted for being a ridiculously tall basketball player-turned best young NFL tight end in Saints history with a penchant for dunking footballs through the uprights after scoring one of his record-setting touchdown receptions.

Even if you don’t follow football closely enough to know who Jimmy Graham is, you probably heard about the demoralizing Saints at Falcons game last week in which Drew Brees threw an unprecedented five interceptions, all but demolishing any hopes of making it to the playoffs in the season that New Orleans will host the Super Bowl.

Matt, Jamie, and I were able to catch the infamous Thursday night game after a very long mock bench trial in New York.  We barely had time to ditch our business suits at the hotel and find a bar in the financial district willing to put the Saints game on TV and serve beer to a guy wearing a “Go to Hell Goodell” t-shirt.  But we got there, and I was absolutely convinced that Jimmy Graham was going to keep the Saints’ playoff chances alive.  So convinced, in fact, that I was cheering for Jimmy on every play in the hopes that he would finally make an appearance on the field, much to the embarrassment of Matt and Jamie.

Play after play, there was no Jimmy Graham.  No Jimmy, no Jimmy, no Jimmy.  All of my pleas had fallen on deaf ears.  Not surprisingly, New Orleans was having a hard slog in the first half.  The game was becoming excruciating, but there was hope!  We had possession in the final minutes of the second quarter, down by ten, and receiving in the second half.  All we needed was one touchdown pass and we were still in the game.  One touchdown pass and Jimmy Graham runs into the huddle!

SNAP! Handoff to running back Darren Sproles and TOUCHDOWN!  Okay, it was Sproles, but he’s an okay guy and they were probably triple covering Jimmy anyway, so Jimmy saves the day!  And then there was a flag…It seems Mr. Graham was holding…But it must have been critical to making the play, so without Jimmy’s hold there was…nope, it was totally unnecessary… 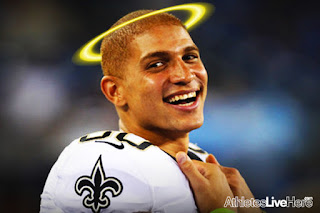 Jimmy Graham may have even saved my life that night.  Thank you Jimmy Graham.  You are my hero.
Posted by Douglas A. Green at 2:53 PM No comments: