So What's a Crawfish Boil Anyway 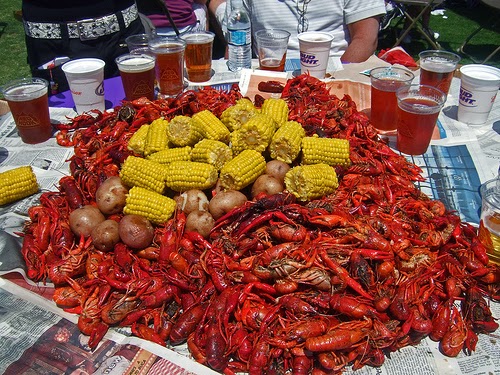 The DGA crawfish boil is just around the corner, and if you are coming to the boil you may be wondering what to expect.  Well, I have written about crawfish boils on the blog in the past, and those posts have been, I think, a great source of information.  You should check them out. 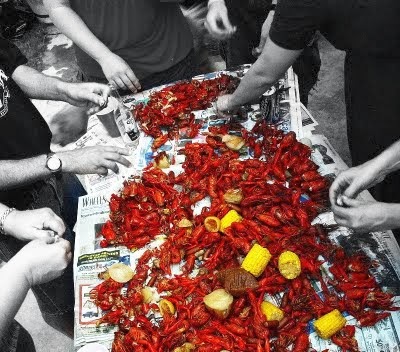 First up, I recommend reading my post from last year about what a crawfish boil is.  This will give you a nice history about not only what sort of event a crawfish boil is, but why crawfish are so indelibly associated with Louisiana, and particularly southern Louisiana, culture.  Far more than a mere local culinary quirk, the crawfish has grown to be associated with a very important type of symbolism in Louisiana, and this only relatively recently in the grand scheme of things.

In Louisiana, the crawfish is not only incredibly tasty, but it is also cheap, locally produced, attached to a unique cultural tradition, and represents technological and economic success.  The crawfish is accessible to everyone and enjoyed by everyone, cutting across lines of difference and establishing common bonds between otherwise disparate people.  The crawfish itself, and its history in Louisiana, is incredibly interesting from a cultural perspective, and although a crawfish boil is broadly similar to a feast event whether you are talking about a clam bake or a bar-b-q, the inclusion of the mudbug gives the crawfish boil an especial meaning. 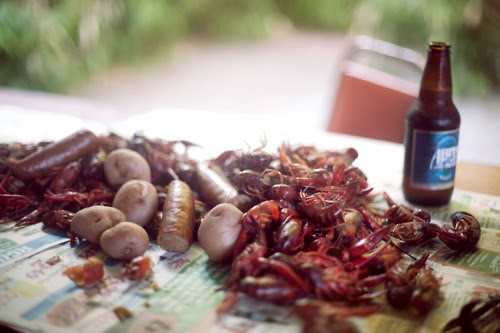 Now, when it comes to the nuts and bolts of actually eating crawfish, take a look at this post about how to peel crawfish, and you can also read this post as well.  Peeling crawfish might be slow going at first for first-timers, but I guarantee that not only will the result be well worth it, but with a little bit of practice you'll be peeling as fast and easily as the rest of us in no time!

Hey everybody!  I'm getting really excited about the crawfish boil, almost as excited as I am about Mardi Gras!  The bands this year are going to be superb.  I saw the Hot 8 play at the Howlin' Wolf the other night and they are dynamite!  And Benny Turner is a really talented blues musician.  The show is going to be absolutely fantastic.

To whet your appetites I went out and found some videos of our three bands.

First up is Davis Rogan.  You can also hear a bit of Davis on our Soul is Waterproof CD, and Rob Fisher from Sights and Sounds Multimedia is working on a really great record of Davis for our High Water Friends CD.

Next up is Benny Turner and the Real Blues.  Keep watching this video, because this is really cool!

And Finally we've got the Hot 8!  This is a music video of theirs featuring a cover of the song Ghost Town from their Grammy nominated CD Life and Times of the Hot 8 Brass Band which I love!

Posted by Douglas A. Green at 3:01 PM No comments: 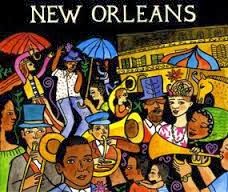 Great news!  The bands for the 7th Annual DGA Family and Friends Crawfish Boil are locked in!

We have three different bands performing live at this year's crawfish boil on:


First up, we are having Davis Rogan back again. Davis Rogan is a quintessential New Orleans musician with a unique style that that has been described as channeling Brian Wilson, Al Kooper, Steely Dan, NRBQ and the Bonzo Dog alongside Fats Domino and Eddie Bo. 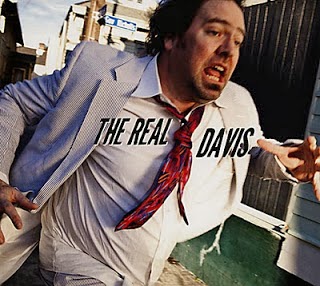 This will be Davis Rogan's third DGA crawfish boil performance and we are excited to have him back.  Davis always plays a great show and is a real fun guy to have around.  I think with three boils under him we can officially call him a fixture of the DGA crawfish boil! 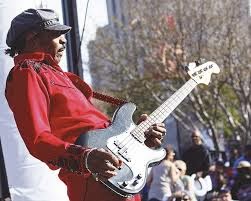 Next up we have Benny Turner and the Real Blues with Sammy Joyner.  Benny Turner is the brother of Blues legend Feddie King and second cousin to Johnny Mathis.  Bennie and Freddie grew up in Gilmer, TX and later moved to Chicago where Benny played bass in his brother's band.  Not caring to live in the spotlight like his brother, Benny was nevertheless an influential musician in his own right, writing hit songs like Freddie's own Hideaway and pioneering the introduction of the bass guitar into gospel music. 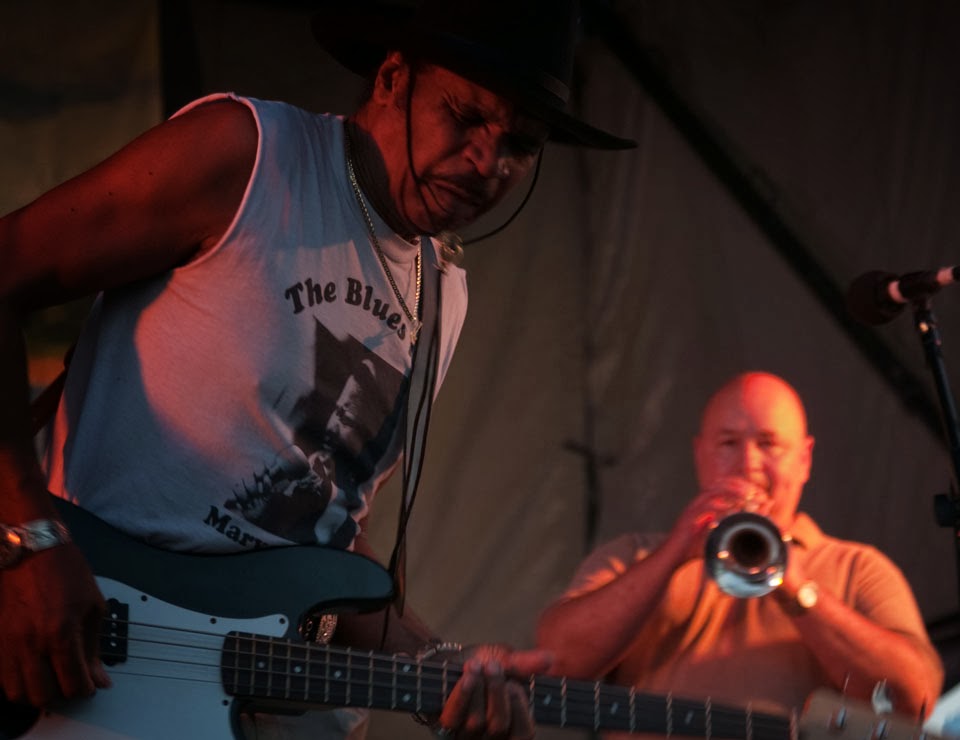 After the untimely death of his brother in 1976, Benny eventually made his way down to New Orleans and has been leading his own band down here for more than a decade.  He is an amazing and talented Blues musician and it will be a real treat to have him at the boil! 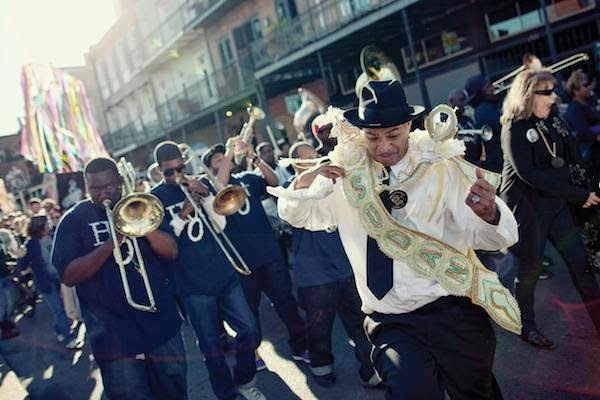 Finally, we have the Hot 8 Brass Band, one of the hottest brass bands in New Orleans.  In fact, these guys are so hot that they were nominated for a Grammy this year! 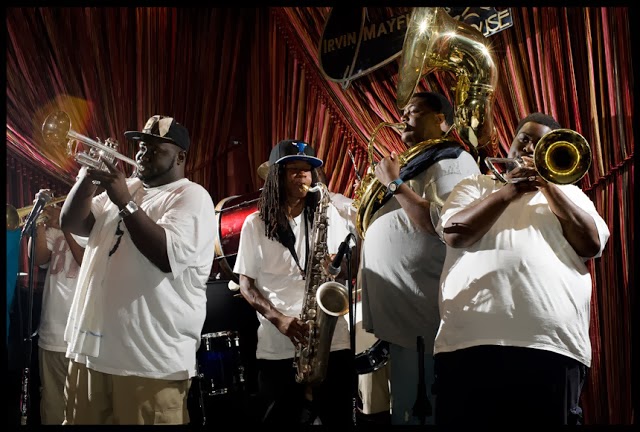 The Hot 8 are phenomenal, with an edgy modern style steeped in traditional brass roots, blending Latin beats, hip-hop, R&B, hot jazz and cool blues into an electric mix that is pure New Orleans.  The Hot 8 have been playing the streets and clubs of NOLA for 20 years; picking up trumpets, trombones, tubas in middle school and making music a way of life.  We are ecstatic about having these guys at the boil! 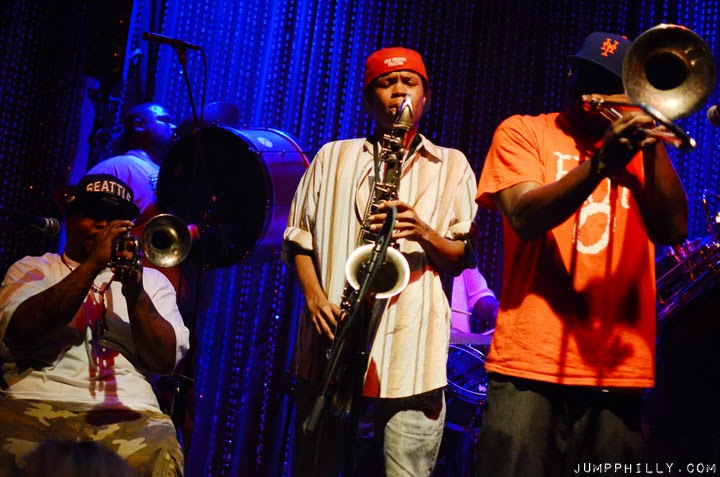 This will hands down be the best show we've ever had with a vibrant cross-section of awesome New Orleans music.  This is a show you won't want to miss!