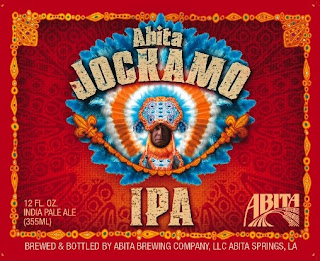 I'm a fan of Abita Jockamo IPA.  While it isn't my all time favorite beer, it is an excellent and characterful IPA with a spicy aroma, rich hops, and pleasantly sweet malts.  I've recommended this beer several times to folks who aren't native New Orleanians, and it invariably provokes the following question: "What's a Jockamo anyway?"


It's a natural question, especially since the label seems to be decorated with a man in some sort of garish chicken costume.  As the label indicates, Jockamo refers to the so-called 'Mardi Gras Indians' that have been a staple of New Orleans culture for more than 250 years.  To those who don't live in New Orleans, the Mardi Gras is an indelible marker of the city; wildly unique, bizarrely inscrutable, and possessed of a taboo-fueled chic.  For many, this pall of mysterious otherworldliness is a big part of what gives Mardi Gras its charm.  But as you dig deeper into the history of the Mardi Gras, and New Orleans culture, I think you'll find that, far from shattering an illusion, knowing the story behind such befuddling traditions like the Mardi Gras Indians will make them all the more alluring.


With that in mind, I'll do my best to answer that pressing question: "What's a Jockamo anyway?" 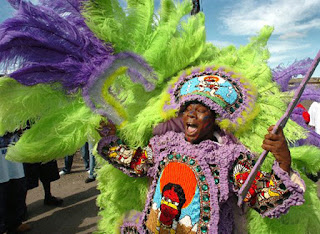 Jockamo is a word that is hard to trace linguistically.  In New Orleans culture, it is associated with the Mardi Gras Indians.  The Indians are African-American social groups that parade at Mardi Gras and other times, especially St. Joseph’s Day.  Mardi Gras Indians have been parading in New Orleans at least since the mid-19th century. The tradition was said to have originated from an affinity between Africans and Indians as minorities within the dominant culture, and blacks' circumventing some of the worst racial segregation laws by representing themselves as Indians.  There is also the story that the tradition began as an African American tribute to American Indians who helped runaway slaves. These slaves married into the tribes on occasion.  An appearance in town of Buffalo Bill's Wild West Show in the 1880s was said to have drawn considerable attention and increased the interest in masking as Indians for Mardi Gras.  When Caribbean communities started to spring up in New Orleans, their culture was incorporated into the suits, dances and music made by the "Indians". 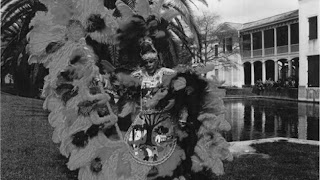 In the late 19th century and early years of the 20th century, the tribes had a reputation for brawling with one another.  This part of Mardi Gras Indian history is immortalized in James Sugar Boy Crawford's song, "Jock O Mo" (better known and often covered as "Iko Iko"), based on their taunting chants.  The story tells of a "spy boy" or "spy dog" (i.e. a lookout for one band of Indians) encountering the "flag boy" or guidon carrier for another band.  He threatens to set the flag on fire.  The song has been covered by dozens of musicians, but the most popular versions around New Orleans is by Dr. John.  The line in the song is “Iko! Iko! Jockamo fe na ne.”  In the Dr. John version, this call is followed by the line, “My spy boy told your spy boy, Gonna set your flag on fire.” 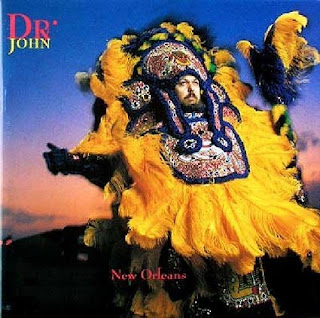 As the 20th century progressed, physical confrontation gave way to assertions of status by having better suits, songs, and dances.  Generations ago when Mardi Gras Indians came through neighborhoods, people used to run away; now people run toward them for the colorful spectacle.  If you have spent any time watching the HBO series, Treme’, you have probably noted that there is still some tension between the Indians and the NOPD – presumably because of the history of altercation and likely also the history of race relations in the City.  The Indians work all year on their suits, painstakingly hand piecing and beading the entire outfit.  The suits are usually worn only once and a particularly well made and attractive suit is called “pretty.” 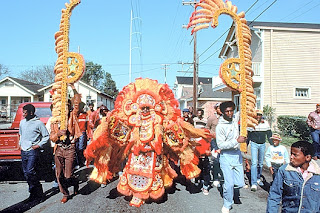 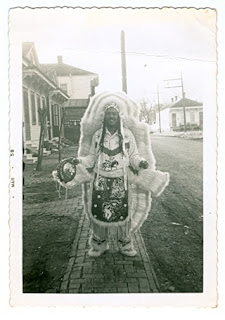 In a 2009 Offbeat Magazine article, however, the Ghanaian social linguist Dr. Evershed Amuzu said the chorus was "definitely West African," reflecting West African tonal patterns. The article also notes that the phrase ayeko—often doubled as ayeko, ayeko—is a popular chant meaning 'well done, or congratulations' among the Akan and Ewe people in modern-day Togo, Ghana, and Benin.  Both groups were heavily traded during the slave trade, often to Haiti, which served as a way station for Louisiana.


At the end of the day, the precise history of New Orleans traditions can often be as elusive to New Orleanians as to those visiting the city.  Even so, what is certain is that traditions such as the Mardi Gras Indians have grown out of a rich tapestry of cross-cultural interaction and exchange.  They owe their origins to the natural cultural diversity of this bustling port city, and they are weighted with the evolution of our common experience; not as New Orleanians, but as Americans.  The location and relative antiquity of New Orleans can often make the city seem strange and unique, even foreign, but New Orleans is a microcosm of the cross-cultural contact and shared experiences upon which we have built, and are continuing to build, our society.  Many of the City's conspicuous events or traditions, then, can serve as entry points into understanding the ways in which we have constructed our lives, and what that means for our future.


That summation is a little on the heavy side, but I think it is a provocative idea and one that we've been thinking about in terms of the upcoming ASTC conference in New Orleans.  Keep an eye on the blog for further and more developed ruminations on this concept.  And don't forget, Chaque amoor fi na né!
Posted by Douglas A. Green at 9:46 AM