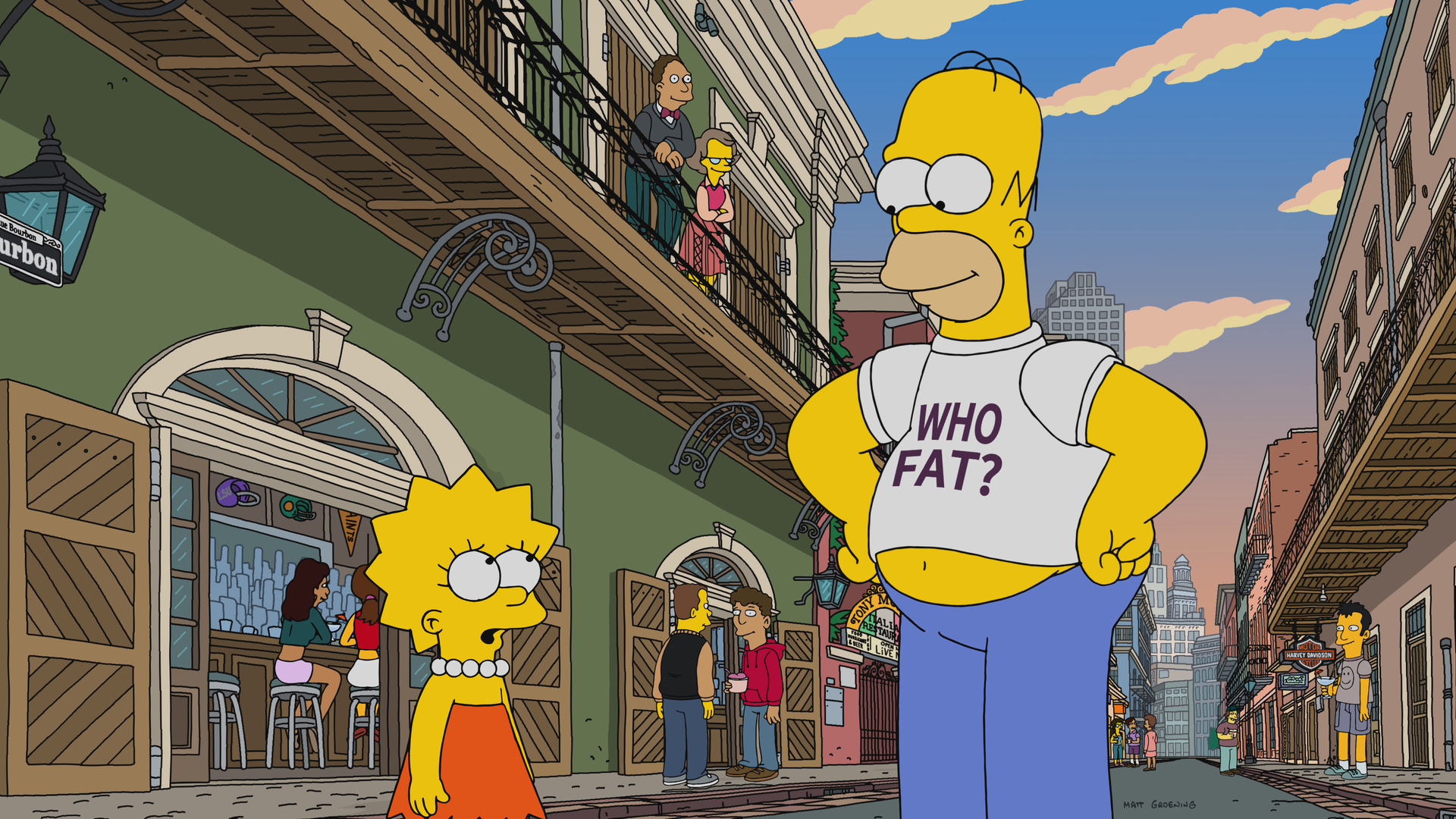 Last week, we highlighted when The Simpsons angered some residents of New Orleans with a satirical song describing the Crescent City as full of “Tacky, overpriced souvenir stores. If you wanna go to hell you should take that trip to the Sodom and Gomorrah on the "Mississippi" New Orleans!”

Later in the show’s life, in the season 29 episode “Lisa Gets the Blues,” the Simpson family makes an unexpected detour to New Orleans. It’s a typical 2000s Simpsons entry, there’s just enough to remind you why you liked The Simpsons in the first place, but it pales in comparison to the show’s heyday. Bart buys some voodoo dolls to ward off bullies, Lisa rediscovers her love of jazz thanks to the city and a talking statue of Louis Armstrong(?), and most importantly, Homer discovers the city’s culinary landscape.