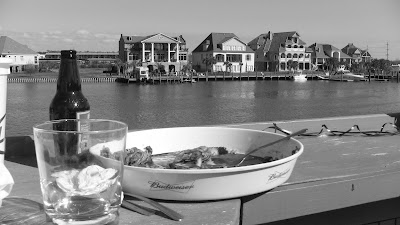 I brought my camera to the DGA crawfish boil for fun, but upon seeing that I had a camera, Doug immediately directed me to photograph the event.  Taking him at his word (he is the boss after all) I diligently set myself to creating a photographic record of the momentous event.  All told, I think I took more than 500 photos.  For some reason this was surprising to Doug, who apparently just meant that I should use my camera to take some pictures, as if I had only brought it to show cute photos of my baby.  I think he might have already had a few beers at that point.

You've seen a few of the pictures I took, and I believe a video of the event, taken by Michael Oaks of Sights and Sounds, will be cut together and finalized shortly.  In taking so many pictures, I inevitably wound up playing with the black and white function on my camera.  Staring at the world in black and white eventually had me attempting to take some "artsy" pictures of the event.  Here then for your viewing pleasure is a selection of those pictures of the crawfish boil that I took in the more artistic tones of black and white.

Here is a series I've titled "Dramatic Children", although the last two are more like kids watching boats. 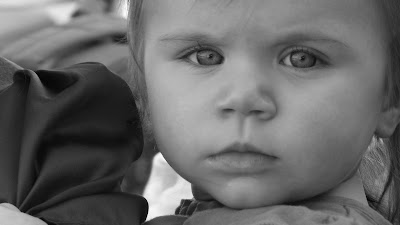 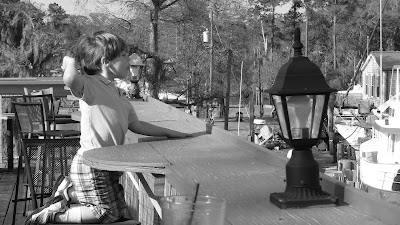 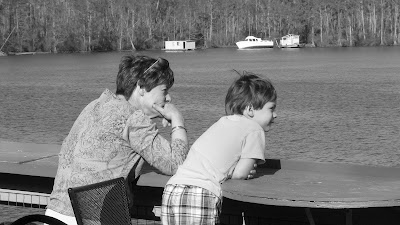 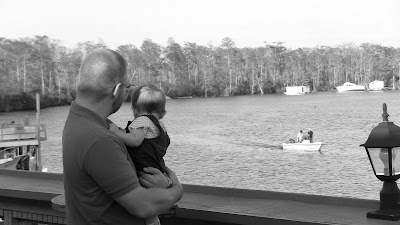 This next series I've called "Serious Greg."  I got a few pictures of Greg smiling, but none of them were in black and white. 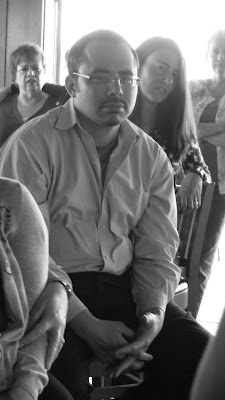 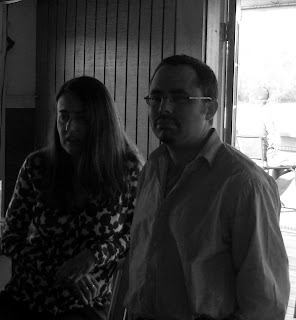 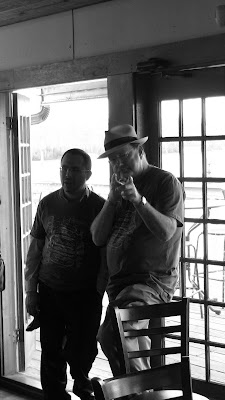 Finally we have a series that I've titled "Wife With Cupcakes."
Posted by Douglas A. Green at 12:59 PM